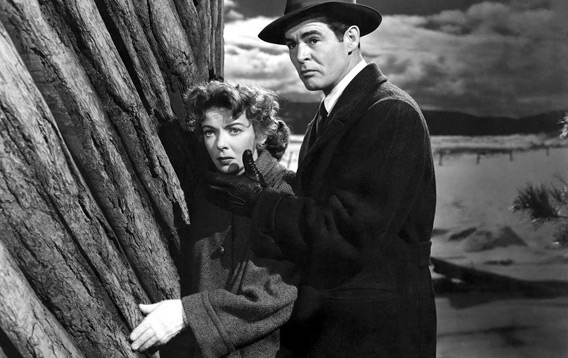 Big-city cop Jim Wilson (Robert Ryan), embittered by his job, has become a ticking time bomb. Aware that Wilson's unhinged brutality is a lawsuit waiting to happen, his boss sends him to a snowy upstate town to cool off. There, Wilson meets Mary Malden (Ida Lupino), a sage blind woman who sees through his cynicism and vitriol. But before she can melt his defenses, a young girl is found murdered, and Wilson throws himself into the vengeful manhunt for the killer. Ryan and Lupino give powerhouse performances in this unusually structured film, ingeniously and aggressively directed by Nicholas Ray. Half of it takes place in the nocturnal city, the other half in blinding white snowscapes; notions of natural and human duality abound. Featuring brilliant cinematography by George Diskant and one of Bernard Herrmann's most distinctive scores, which plays up the film's themes through an astounding juxtaposition of propulsive brass and wistful strings.

1952, RKO [Warner Bros.] 82 minutes. Screenplay by A. I. Bezzerides, based on the novel Made with Much Heart by Gerald Butler. Produced by John Houseman. Directed by Nicholas Ray.

TICKETS FOR ON DANGEROUS GROUND Patrolman Webb Garwood is more interested in achieving the American Dream than he is protecting it for others. After answering a woman's distress call about a peeping tom, Garwood hatches a nefarious plot to worm his way into her affluent but lonely life — and into her husband's life insurance policy. Van Heflin and Evelyn Keyes give stellar performances in this disturbing spider-and-fly romance, written covertly by legendary blacklisted screenwriter Dalton Trumbo and directed by the soon-to-be-blacklisted Joseph Losey. Largely dismissed by critics upon its release, it's now regarded as Losey's best American film, one that offers a compelling warning about small-minded people's willingness to abuse power for selfish gain. Restored in 2007 by the Film Noir Foundation and UCLA Film & Television Archive, the first triumph in a long-running partnership.

TICKETS FOR THE prowler 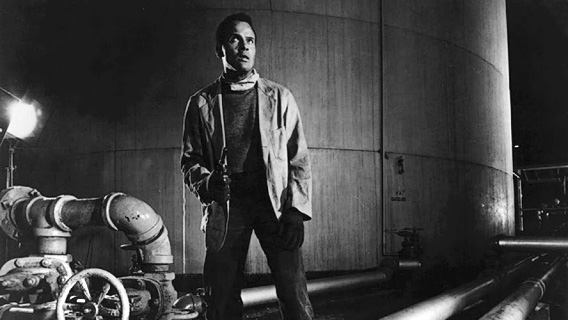 Disgraced ex-cop Dave Burke (Ed Begley) masterminds a piece-of-cake bank robbery in upstate New York, but to pull it off he requires the cooperation of two dangerously mismatched cohorts: hot-headed redneck war veteran Earle Slater (Robert Ryan) and gambling addict jazzman Johnny Ingram (Harry Belafonte); their racist antagonism threatens to thwart a seemingly fool-proof plan. Silent producer Belafonte hired blacklisted screenwriter Abraham Polonsky to adapt William P. McGivern's novel, specifically to subvert the sanctimony of The Defiant Ones (1958), a "feel good" movie about racism. Robert Wise's direction is as fresh and expressive as anything being done by the French New Wave of the period, and the score by John Lewis's Modern Jazz Quartet is innovative and exhilarating. With vivid supporting performances by Shelley Winters, Kim Hamilton, and Gloria Grahame. An all-time classic heist thriller—and much more.

TICKETS FOR ODDS AGAINST TOMORROW 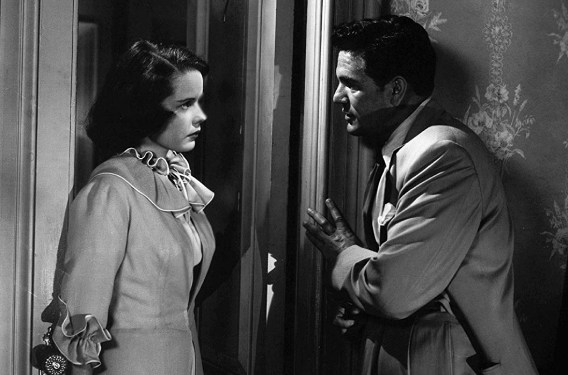 One of the most distinctive works of the noir era, Abraham Polonsky's directorial debut is an exposé of the New York numbers racket and a riveting tale of a fallen man's attempt to reclaim his soul (John Garfield, in one of his best roles). Unfortunately for Polonsky, the House Committee on Un-American Activities also felt the film was a thinly veiled attack on the nation's capitalist system, suggesting parallels between the operations of businessmen and gangsters. Polonsky was blacklisted, unable to put his name on any work he produced over the next twenty years. Force of Evil is innovative and superlative in every respect; its stylized art direction complementing vivid New York location footage. With an evocative score by David Raksin and memorable performances by Thomas Gomez, Beatrice Pearson, Marie Windsor, and Roy Roberts.

TICKETS FOR FORCE OF EVIL 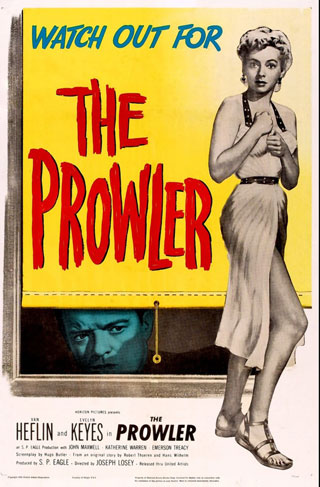 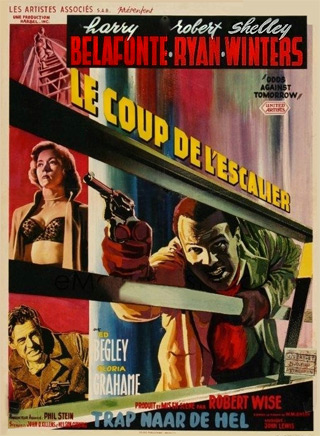 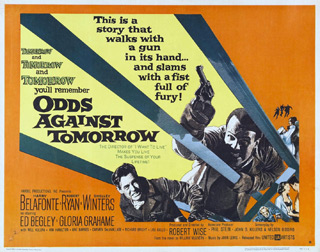 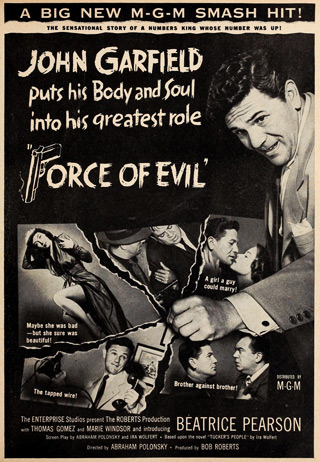