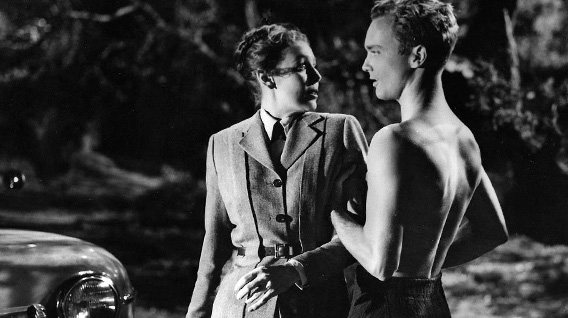 Demure college professor Wilma Tuttle (Loretta Young) finds herself in jeopardy after killing an overly amorous student in self-defense. As the noose tightens around her, both the victim's guardian (Robert Cummings) and a dogged homicide detective (Wendell Corey) pursue her. Apparently, being a suspected killer makes Wilma irresistible to men. June Truesdell's 1947 novel Be Still, My Love, adapted by Ketti Frings, puts a decidedly feminine slant on a classic noir premise. It's also the rare noir where both the source novel and the screenplay are the work of women. Frings had a résumé similar to many male colleagues in Hollywood—she'd worked as a newspaper correspondent, ad writer, and PR agent before scoring with her first novel, Hold Back the Dawn, adapted to film in 1941 by Billy Wilder. The Accused is a prescient psychological thriller that presaged "Me Too" by many decades.

1949, Paramount [Library of Congress]. 101 minutes. Screenplay by Ketti Frings, from the novel Be Still, My Love by June Truesdell. Produced by Hal Wallis. Directed by William Dieterle.

TICKETS FOR THE ACCUSED 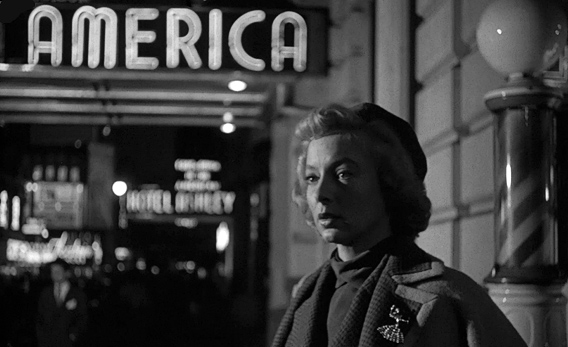 THE KILLER THAT STALKED NEW YORK

Petty crook Matt Krane (Charles Korvin) returns to New York City from Cuba, using his girlfriend Sheila (Evelyn Keyes) as a mule to smuggle $40,000 worth of diamonds. What he doesn't realize is that Sheila is carrying something more dangerous — smallpox. What Sheila doesn't realize is that Matt plans on double-crossing her, running away with her sister Francie and the jewels. Sheila must elude the police to exact revenge on the two-timing louse, but with every step she threatens to unleash an epidemic that could infect 8,000,000 people. This fictionalized version of a true story was until recently an antiquated curio, a campy time capsule of an earlier era. Well, nobody's laughing now. Part suspenseful crime thriller, part Public Service Announcement, The Killer That Stalked New York, beautifully filmed by the great Joseph Biroc, recalls a bygone America, one where citizens trusted each other, the government, and miracles of modern science.

TICKETS FOR THE KILLER THAT STALKED NEW YORK 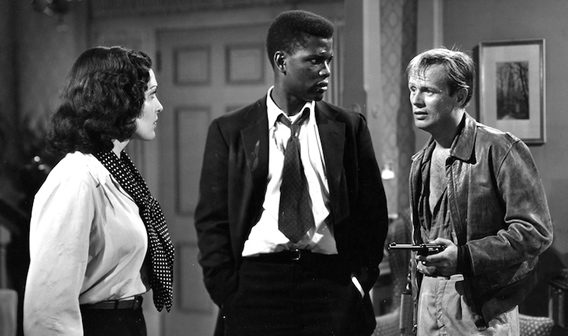 Ray and Johnny Biddle, low-life criminals, are wounded trying to rob a gas station. Rushed to the county hospital, they are treated by an African American resident, Dr. Luther Brooks (Sidney Poitier, in his screen debut). Ray, a virulent racist (Richard Widmark, at his most incendiary), refuses to be treated by a black man, and accuses Dr. Brooks of murder when his brother dies. The incident touches off a firestorm that threatens to erupt into an all-out race war. In the middle is Johnny's ex-wife Edie (Linda Darnell), stuck between the ingrained racism of her "Beaver Canal" neighborhood and a growing awareness of a world beyond its confines. Widmark and Poitier give riveting performances, and Darnell quietly steals the show as a woman trying to escape her ignorant upbringing. The Oscar®-nominated screenplay pulls no punches in its squirm-inducing depiction of deep-rooted racism. Brace yourself for a powerful film that, sadly, is as relevant today as the day it was released.

TICKETS FOR NO WAY OUT 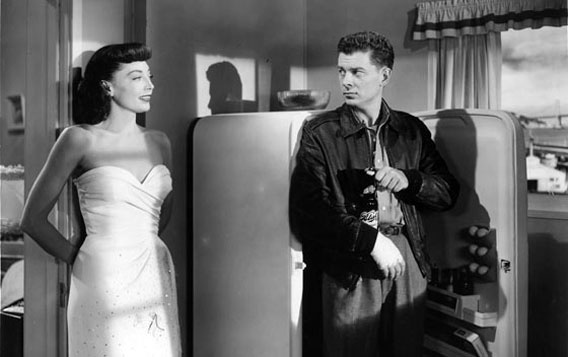 San Francisco is the backdrop for one of the first movies about a modern serial killer. Decades before such stories became commonplace, husband and wife writers Edward and Edna Anhault researched dozens of actual cases to create this psychological "exposé " of a murderous misfit who wants to be caught but finds it too easy to slip into the margins of a "bustling" post-WWII metropolis. Arthur Franz gives an edgy and empathetic performance as the psychically scarred sniper, whose murderous trail leads viewers on a fascinating tour of midcentury San Francisco — from Pacific Heights through the back alleys of North Beach to once-industrial China Basin. Burnett Guffey's camerawork, moving between shadowy '40s noir and '50s docu-realism, enhances Edward Dmytryk's crisp and compelling direction.

TICKETS FOR THE SNIPER 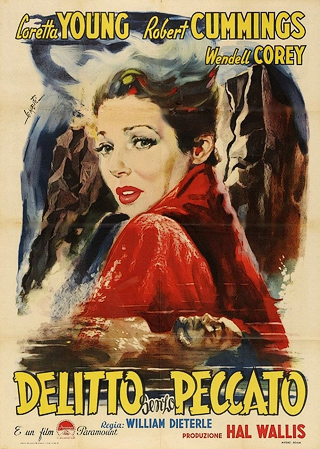 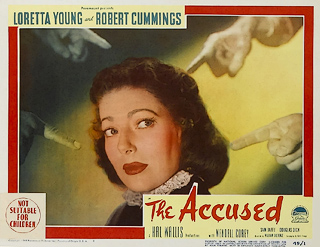 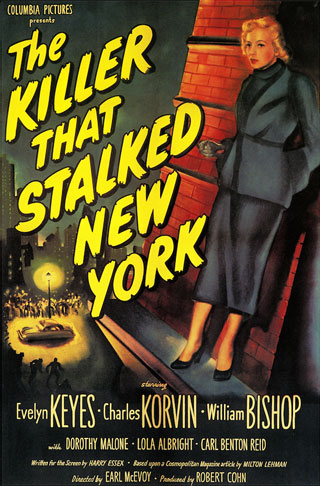 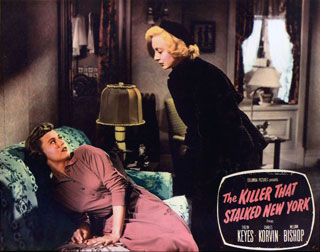 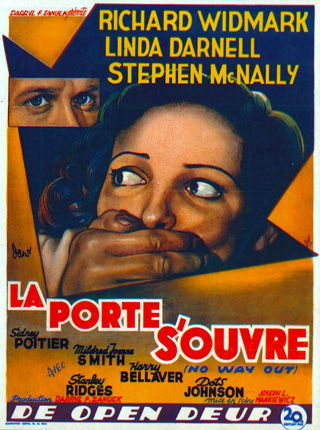 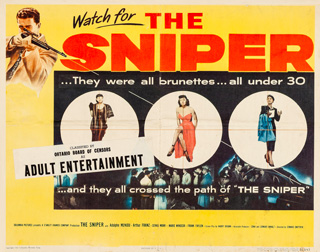 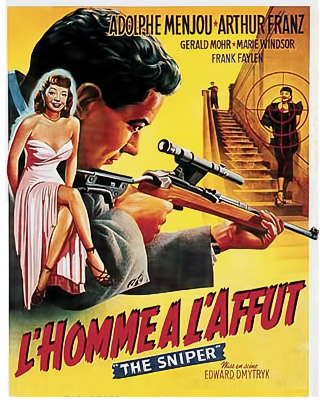