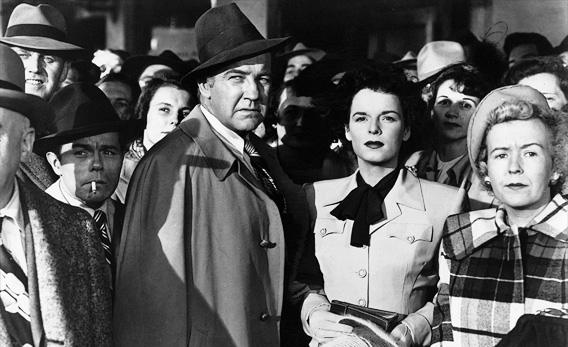 ALL THE KING'S MEN

Despite being made more than seventy years ago, this Best Picture Oscar® winner is as timely as any film made today. Broderick Crawford, in an Academy Award-winning performance, stars as backwoods lawyer Willie Stark, whose canny and calculating populist politics take him to national prominence—before chicanery and deceit lead to his shocking and sudden demise. Robert Penn Warren based his Pulitzer Prize-winning novel on the rise and fall of 1930s Louisiana governor Huey "Kingfish" Long, and this film version is given a dark noir patina by writer-director Rossen (Johnny O'Clock, Body and Soul), Oscar-nominated for both his script and direction, and DP Burnett Guffey. Mercedes McCambridge won Best Supporting Actress for her role as Stark's ruthless political aide Sadie Burke, and John Ireland received an Academy nod as Jack Burden, a conscience-stricken newsman turned Stark press agent. A cautionary American classic whose warning bells have been resoundingly ignored.

Harry Mitchell (William Gargan) is your typical hardboiled noir newspaper columnist, eager for a front-page scoop and willing to do anything to get it. When he gets a hot tip from a rival about "The Argyle Album," Mitchell risks life and limb to find it, tangling with a rag-tag band of nefarious treasure-hunters determined to steal the book and the scandalous secrets it contains. Clearly intended as a tongue-in-cheek parody of The Maltese Falcon, the politically astute Cy Endfield hit a few hot buttons as well, particularly the suggestion that some American industrialists were happy to welcome a fascist regime in the United States had America lost WWII. Borne of a wordy radio play, about three films-worth of plot is stuffed into a brisk 64 minutes, with well-wrought set-pieces played in a whirlwind of hardboiled dialogue. The Argyle Secrets shows fledgling writer-director Cy Endfield playfully exploring all sorts of cinematic chicanery. 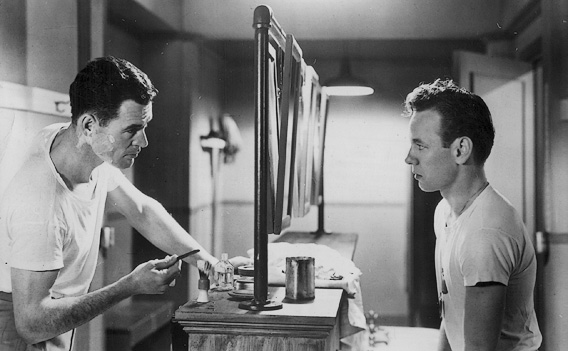 This most nocturnal of noirs—it all takes place during one long night in Washington, D.C.—often gets overlooked as a crackerjack crime picture because of its incisive attack on American bigotry. A Jewish civilian turns up dead after fraternizing with several recently demobilized soldiers; the GIs close ranks in military fashion, but their Alpha-dog, Sgt. Keeley, gradually steers police captain Finlay toward the rotten apple in the bunch—an ignorant Southerner whose ingrained prejudice would have been welcomed in the Nazi SS. Memorable performances abound: Ryan is genuinely frightening, Mitchum forges his cool-cat persona, and Gloria Grahame and Paul Kelly are one of the strangest couples in 1940s cinema. Crossfire works spectacularly on two levels: as a searing and still-timely message picture and as a top-shelf, race-the-clock noir thriller.

Newlyweds Paul and Nancy Lester arrive in a small town to visit Paul's old buddy, Ed Stevens. Only Ed is nowhere to be found, and none of the town folk are eager to locate him. Paul is equally perplexed by the White Supremacy tracts he finds in his pal's apartment. Discovery of an undeveloped roll of film leads to a camera store—which is promptly vandalized, its Jewish owner threatened. Suddenly, Paul and Nancy come face-to-face with a virulent tribe of American Nazis and must decide whether to flee deadly threats against themselves or keep searching for Paul's missing comrade. A low-budget but hard-hitting cousin to 1947's Crossfire and Gentleman's Agreement, both of which broached the once-taboo subject of anti-Semitism, Open Secret is audacious for its time, showing how rampant prejudice and bigotry could easily coalesce into an all-American strain of fascism. John Reinhardt assuredly directs—albeit with meager resources—this pull-no-punches tale that's anything but a typical B programmer.

Preceded by the short documentary A Night at The Garden (2017, dir. Marshall Curry. 7 min.) 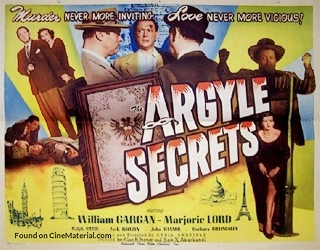 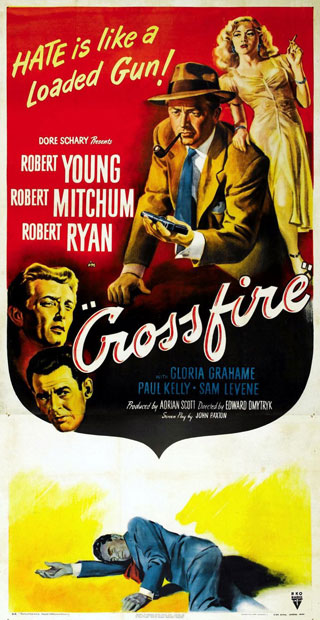 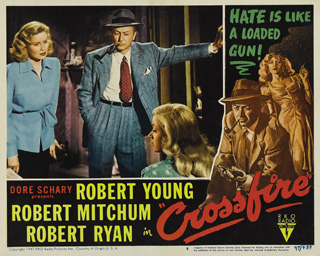