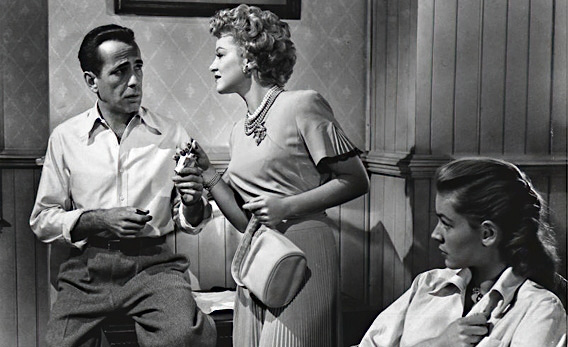 The final pairing of Humphrey Bogart and Lauren Bacall is a spine-tingling tale of a WWII veteran (Bogart) running up against a gangster (Edward G. Robinson) who's holding the staff and guests of a coastal hotel hostage as a hurricane bears down on them. Bacall plays the daughter of proprietor Lionel Barrymore, and noir's grandest dame, Claire Trevor, is Gaye Dawn, a broken-down chanteuse who's Eddie G.'s booze-sodden moll. Trevor won the Best Supporting Actress Oscar® for her memorable performance. We kick off our 20th anniversary with the film's first-ever screening at NOIR CITY! 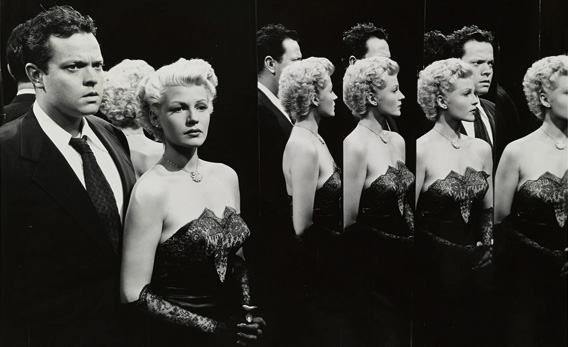 THE LADY FROM SHANGHAI

Welles' dazzling and dizzying pulp poetry takes the classic femme fatale tale to globe-spanning lengths and hallucinatory heights. Hard-luck sailor Michael O'Hara (Welles) tumbles into the snare of gorgeous and mysterious Elsa Bannister (Hayworth) only to find himself caught in the murderous conspiracy of her viperous cohorts. Welles improvised a brilliant, chaotic 155‑minute noir epic, which studio editor Viola Lawrence pruned to 86 feverish minutes. What remained is one of the most startlingly inventive crime films ever released by a Hollywood studio. Featuring Everett Sloane, Glenn Anders, and Ted de Corsia.

Originally released April 14, 1948. Columbia Pictures [Sony Pictures Classics], 86 minutes. Screenplay by Orson Welles, based on the novel If I Die Before I Wake by Sherwood King. Produced and directed by Orson Welles. 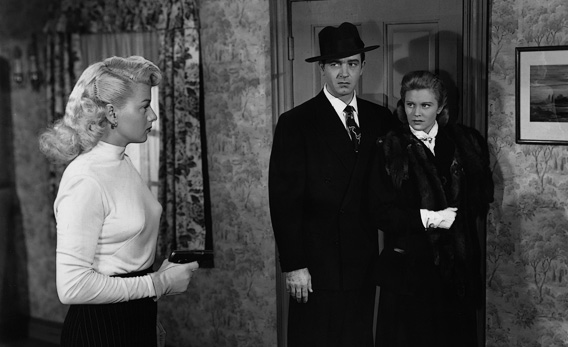 John Payne and Dan Duryea play dandy grifters bent on bilking a wealthy war widow (Joan Caulfield) into funding a non-existent war memorial. Both these sharpies get tangled up with saucy Shelley Winters, who's more dangerous than a loaded .38! The cast has a field day firing Bowers' one-liners faster than speeding bullets. We once had to screen this riotously entertaining, little-known gem in 16mm (at NOIR CITY 4), but we're thrilled to now show it in a glorious 35mm print courtesy of Universal Pictures. Also featuring Dorothy Hart, Dan O'Herlihy, and Percy Helton. 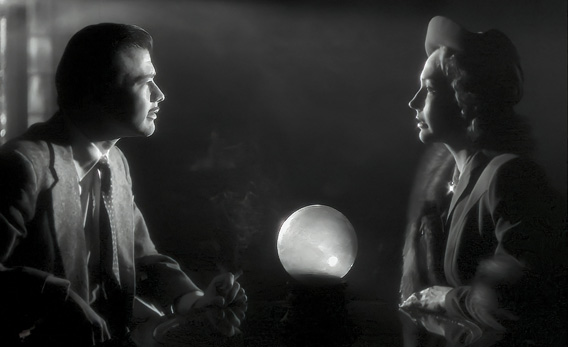 John Alton's stunning cinematography elevates to exhilarating heights this clever story of a psychic (Turhan Bey) insinuating himself into the moody cliffside mansion of a wealthy widow (Lynn Bari) by convincing her, and her less impressionable daughter (Cathy O'Donnell), that he can communicate with the dead. Filled with clever visual gags and tricky sleight of hand, and featuring a smooth-as-silk turn by Bey as the sophisticated charlatan. One of the most satisfying "B" films of the era. 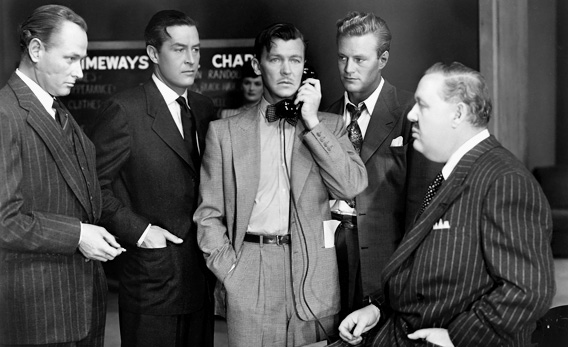 George Stroud (Ray Milland), editor of Crimeways, America's most popular true-crime magazine, finds himself the prime suspect in the murder of his publisher's mistress with whom he's just shared a day-drinking dalliance. Earl Janoth, the tyrannical Murdoch-like publisher, is played with sinister relish by Charles Laughton, whose real-life wife, Elsa Lanchester, provides comic support as a kooky Greenwich Village artist. George Macready, Rita Johnson, and Harry Morgan are also featured in one of the most suspenseful noir films of all time. 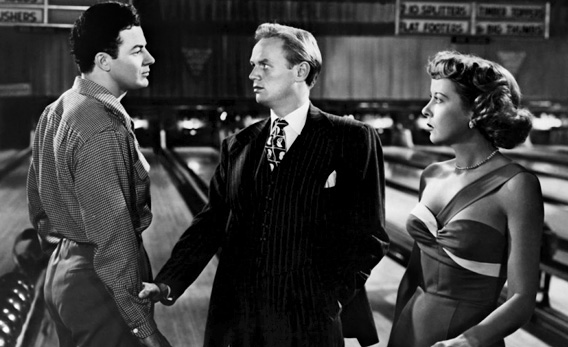 A star-powered face-off between two film noir icons: sassy Ida Lupino and psychotic Richard Widmark. Sparks fly when itinerant songbird Lily Stevens (Lupino) takes a job crooning in Widmark's rural roadhouse. When she rejects the owner (Widmark) and takes up with his boyhood chum (Cornel Wilde), the joint really starts jumping. The studio-made roadhouse is a marvel of production design, the perfect spot for Ida to sing inimitable renditions of the classic ballads "One for My Baby" and "Again." Co-starring Celeste Holm. 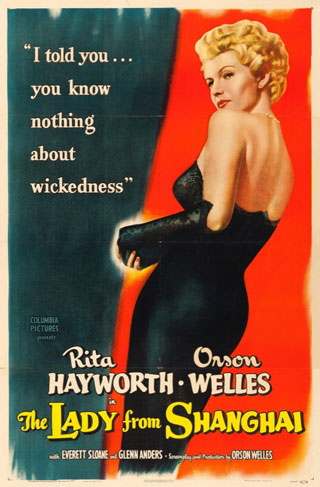 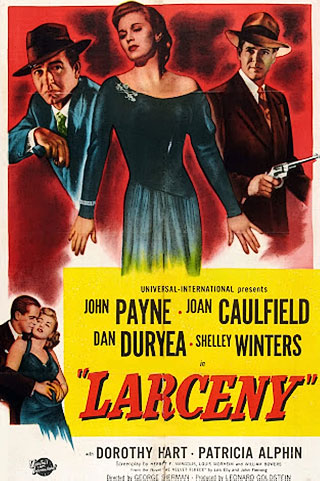 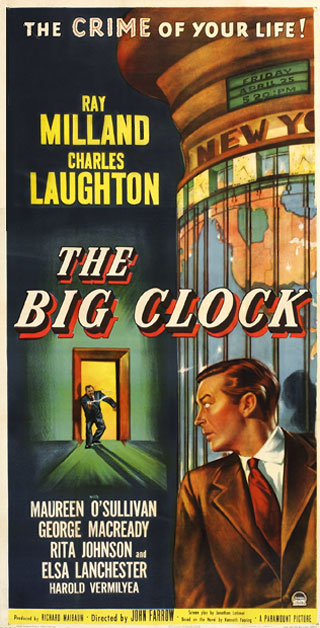