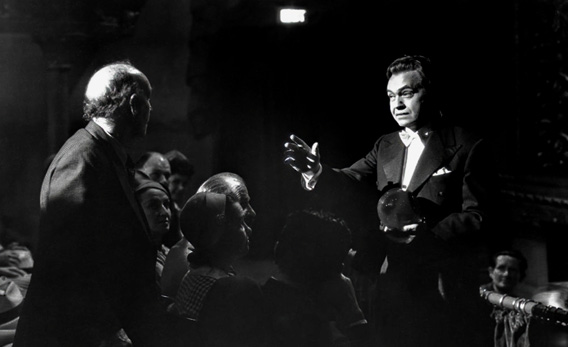 NIGHT HAS A THOUSAND EYES

In this rarity, Edward G. Robinson stars as John Triton, a phony vaudeville mentalist who is one day cursed with the actual ability to predict the future. Gail Russell is the heiress who seems doomed by Triton's vision of her death. Or is it a scheme to steal her impending inheritance? John Farrow, a director at his most stylish in noir terrain, adapts from the novel by master of suspense Cornell Woolrich. Co-starring John Lund and William Demarest. Universal Pictures struck this print exclusively for NOIR CITY back in 2008. 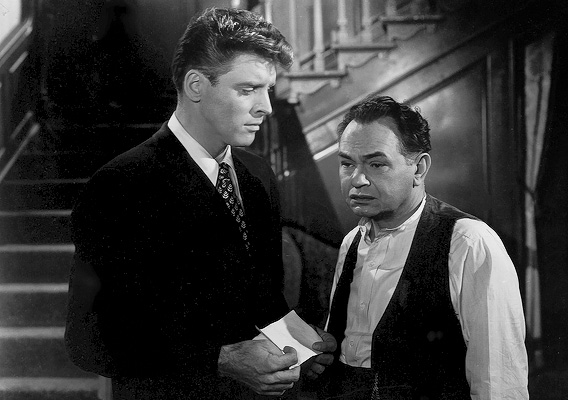 Edward G. Robinson gives one of his most affecting performances as successful businessman Joe Keller, grappling with guilt over having framed his business partner for a crime he committed. When his son (Burt Lancaster) becomes engaged to the convicted man's daughter, the sins of the past come hurtling back. Reis and writer-producer Chester Erskine—aided by the noir-stained cinematography of Russell Metty—create a powerful (and inexplicably rare) version of Arthur Miller's Tony Award-winning play. First time at NOIR CITY! 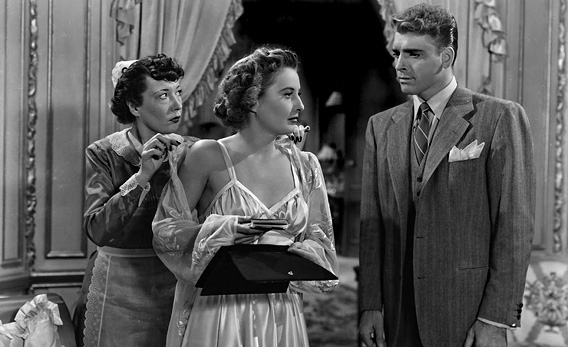 Bedridden heiress Leona Stevenson (Barbara Stanwyck) hears through crossed telephone wires a murder being planned. She tries to alert the police, to no avail, and grows frantic as she gradually realizes she is the intended victim. Stanwyck gives an Oscar®-nominated performance in this engrossing and densely layered extension of the legendary 22-minute radio drama. Featuring Burt Lancaster in one of his earliest roles, mesmerizing direction by Anatole Litvak, and atmospheric camerawork by the great Sol Polito. Famous … yet still underrated. 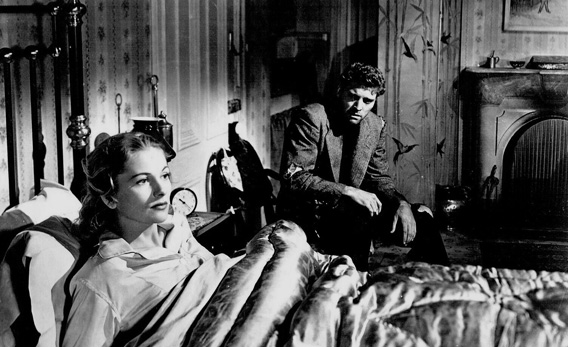 KISS THE BLOOD OFF MY HANDS

War profiteering, 1940s-style, is the backdrop of this London-set noir, in which a traumatized American GI (Burt Lancaster) goes on the run after killing a man in a pub. Joan Fontaine is his only hope for salvation, Robert Newton his nemesis. The first film produced by Lancaster's Norma Productions, which recreated twenty square blocks of London on the Universal backlot, brilliantly photographed by Russell Metty. Miklós Rózsa contributed the highly effective score. 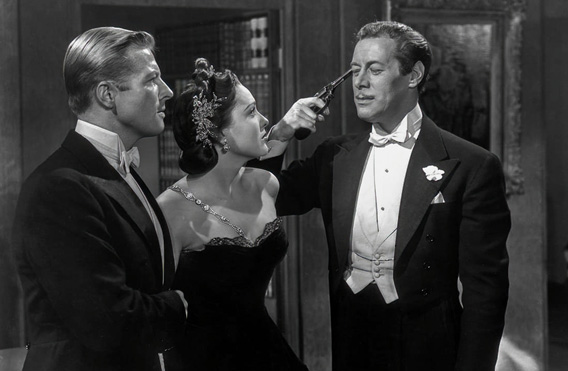 As film noir swept over late '40s Hollywood, Preston Sturges created the first full-length parody of the genre with this mordantly hilarious tale of a jealous orchestra conductor (Rex Harrison) envisioning three distinct plots to murder his supposedly unfaithful wife (Linda Darnell). Turning The Postman Always Rings Twice into uproarious comedy takes only a few tweaks and twists for this genuinely brilliant auteur. Side-splitting farce is made even funnier by Harrison's demonically deadpan portrayal of the megalomaniacal would-be murderer. 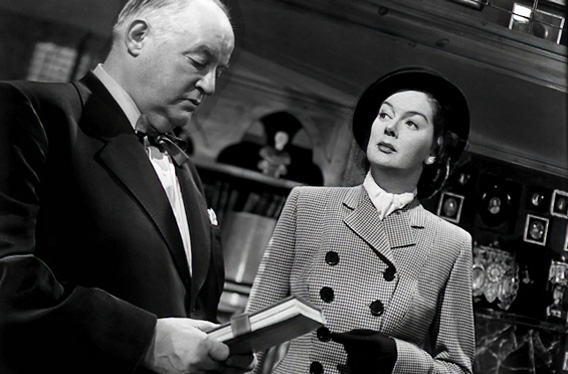 Following the success of 1947's A Double Life, in which Ronald Colman played a murderous Broadway actor, Rosalind Russell took her only trip into Dark City as Valerie Stanton, a revered Broadway actress who accidentally kills her producer (and former lover) during an argument. Valerie's thespian talents help cover up the crime, but when her archrival (played by Claire Trevor) becomes the prime suspect, will Valerie's guilty conscience prevail? A wonderful, if rarely screened, backstage thriller. 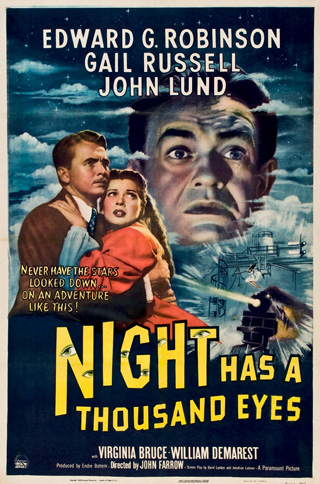 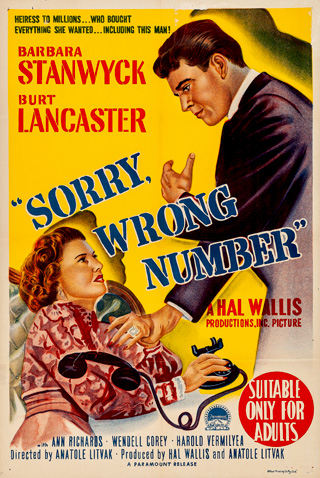 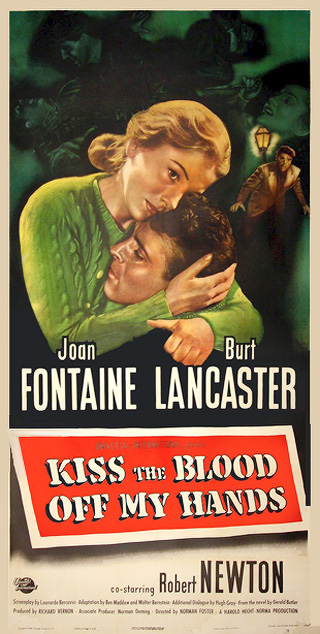 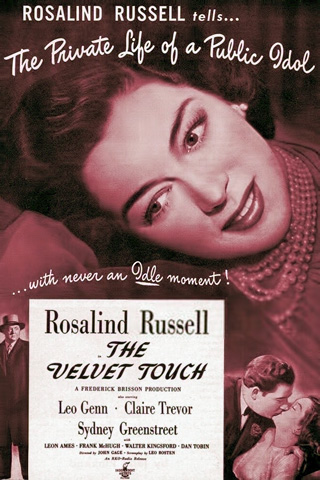